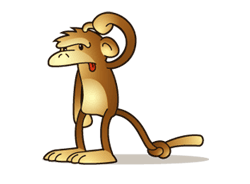 Bugs & Ideas
Something not working right? Got an idea for the site? Let me know!

Here's a list of issues and improvements I'm working on: